Blog Answering Commonly Asked Questions About The Wasps In Jacksonville

Answering Commonly Asked Questions About The Wasps In Jacksonville 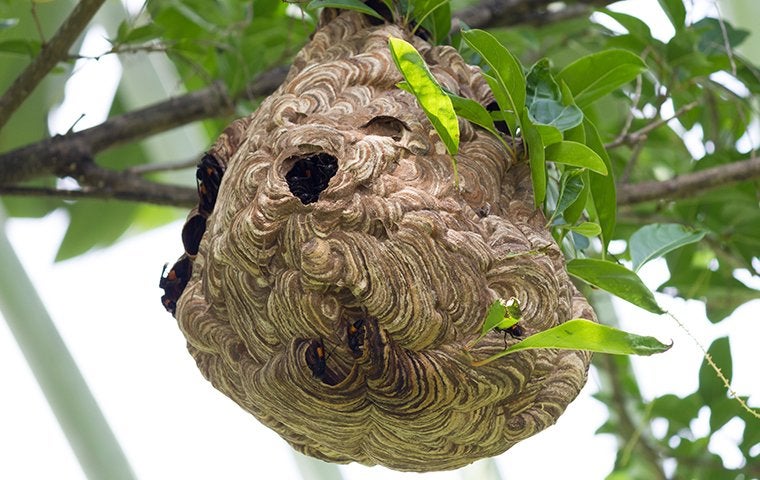 If you’re like most Jacksonville homeowners, you probably have a few questions about the wasps here. Do they eat garden pests? Which types are the most aggressive? Where do they typically nest? Trad’s Pest Control will answer all of those questions and more. We’ll also provide some tips on how to prevent wasp problems from happening in the first place, and discuss how Jacksonville pest control can eliminate them for good. So if you’re curious about these stinging insects, keep reading.

One of the most common questions we get asked about wasps is whether or not they eat garden pests. The answer is yes, they do. Wasps are actually beneficial to have around because they help keep populations of destructive insects in check. However, that doesn’t mean you want them building their nests on your property. All types of wasps in Jacksonville can become a nuisance if they’re not kept in check, and many are known to sting humans if they feel threatened.

What Are The Aggressive Types Of Wasps?

There are several different types of wasps in Jacksonville, but some are more aggressive than others. Let’s look at some of the differences between hornets vs wasps vs yellow jackets.

The most common aggressive wasp is the yellow jacket. These wasps are known for their yellow and black stripes, and can be quite dangerous if they’re disturbed. They’re also attracted to sweet smells, so be careful not to leave food or drinks out in the open if you don’t want them swarming around.

Another type of wasp. These wasps are brown or black with yellow markings, and they build their nests out of paper-like material. They’re not quite as aggressive as yellow jackets, but can still sting if they feel threatened. Yellow jackets have underground wasp nests, making it easy to accidentally wander into their territory and end up with stings.

If you have a paper wasp nest on your property, it’s best to call a professional Jacksonville pest control company to have it removed.

Where Do Wasps In Jacksonville Like To Build Their Nests?

Wasps in Jacksonville will build their nests just about anywhere they can find a suitable location. What’s more, our climate means they can be active all year long. If you see wasps flying in and out of an opening, there’s a good chance there’s a nest nearby.

Here are some particularly likely nesting areas in your yard that you’ll want to keep an eye on:

Wasps are aggressive, so if you’ve seen nests start to form in these locations, it’s important to call a professional as soon as possible to remove it before you get stung.

If you find a wasp nest on your property, do not risk trying to remove it yourself. The best way to get rid of a wasp nest is to contact a professional exterminator like Trad’s Pest Control. We have the proper equipment and training to remove the nest safely.

Can Trad’s Pest Control Get Rid Of The Wasps Surrounding My Home?

Yes, we can. We’ve been helping Jacksonville residents with wasp removal since 1971. Our team of experienced and certified exterminators will be able to quickly and efficiently eliminate the wasps from your property. We utilize a variety of highly effective wasp control treatments to rid your home of these stinging insects to keep you and your family safe. Contact us today to learn more about wasp control in Jacksonville or to schedule a free estimate.