Blog How Dangerous Are Hornets In Jacksonville?

How Dangerous Are Hornets In Jacksonville? 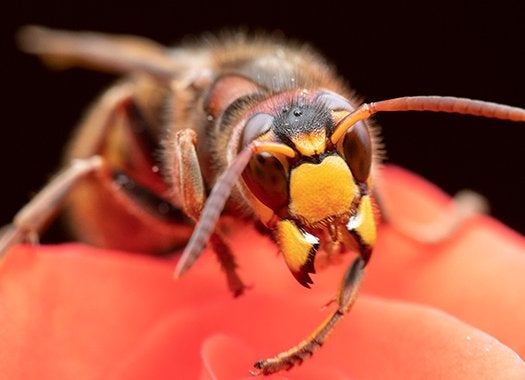 We all know that a hornet is not just a mascot for the professional basketball team. It is also a stinging member of the wasp family that you likely do not want infesting your Jacksonville yard. While they can provide a benefit to the environment, they can also be dangerous on your property.

Hornets are carnivores, which feed on other insects, sometimes making them helpful to humans. However, they will also sting people, causing pain and even death in some cases.

Hornet Species Found In The Jacksonville Are

Though you may encounter a variety of different types of hornets, here in Jacksonville, we mainly deal with mud dauber wasps, paper wasps, cicada killer wasps, and yellow jackets.

Hornets’ nests are commonly found in the ground or in hollow trees. Many Jacksonville residents may unknowingly discover such nests mowing or caring for your property’s plants.

The Dangers Of Hornets

Hornets are aggressive. While hornets will generally avoid human contact, they will become aggressive if a person or animal intentionally or accidentally threatens their nest.

A single sting from a hornet can be life-threatening if that person is allergic to the sting. The venom hornets inject contains a chemical called histamine. Depending on the person’s reaction, symptoms can be mild to life-threatening and vary from person to person.

While many believe that hornets are less active in the evening hours, the nest will still “assign guards” to watch a nest no matter the time, day or night.

Unlike certain types of bees, the hornet is capable of stinging multiple times. It does not die upon stinging its victim, and it does not lose its stinger, either. This makes a hornet’s sting potentially dangerous to even those who are not typically allergic, as it may repeatedly sting a person in one encounter.

Hornets communicate well with one another, making an encounter with one even more dangerous. Hornets will notify others in the nest that a danger is approaching. They will likely see any human approaching as a threat to their nest or food.

Hornets will perform an “alarm dance,” which consists of buzzing and darting, letting other nest inhabitants know of the potential danger. The pests also share pheromones and can sense the threat from one hornet to another.

Such pheromones can also stick to a person’s clothing. If you’ve had an encounter with an angry hornet, it is best to change clothing and not return to the space immediately, allowing such pheromones to dissipate.

Stop A Hornet Before It Can Start

Some prevention methods to eliminate hornets from your home include:

Though you may do your best to implement prevention methods, hornets will likely still find their way onto your property. If you have a hornet problem, be wary of solving it on your own. Instead, it’s best to partner with an experienced professional.

Leave It To The Professionals At Trad’s Pest Control

There are many products on the market to eliminate any hornet nest you discover on your property. However, allergic or not, it is advisable to allow professionals to handle any hornets you may encounter in or around your Jacksonville home.

Because of their ability to sting repeatedly and painfully, the hornet is not a pest you want to mess with alone. In other words, “don’t try this at home.” Call the pros.

Trad’s Pest Control knows how to remove hornets safely and permanently from your home or property. With one quick phone call, you can have peace of mind, knowing this pesky problem will be over soon.  Allow the professionals to remove hornets from your Jacksonville home today.

Trad’s Pest Control can remove more than just hornets. Trust the services to remove any stinging insect and their nests on an as-needed basis, year-round. Reach out to us today to learn more about our stinging insect control services.